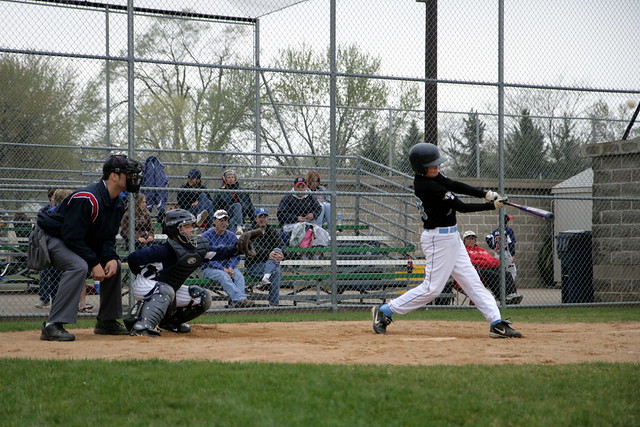 This will forever be one of my favorite shots, and I’ll never forget it. I arrived late to watch my nephew Bryce’s first game of a local tournament. A few minutes later, I noticed he was on deck. I decided to warm up my camera with a couple of shots. I was in position just as he stepped up to the plate. He took a big swing at the first pitch, and I took a single shot of that.

I looked up to see where the ball was going, and noticed it was going pretty far. Back, back, back… just over the fence…

It was so cool! Later on, with two outs and down 3-2 in the final inning, Bryce demonstrated great skill in another play by stealing home and clearly beating the tag to tie the game. Unfortunately the fix was in, as the so-called umpire made a terrible call, ending the game.

We know the truth, Bryce! Congrats on an awesome game!